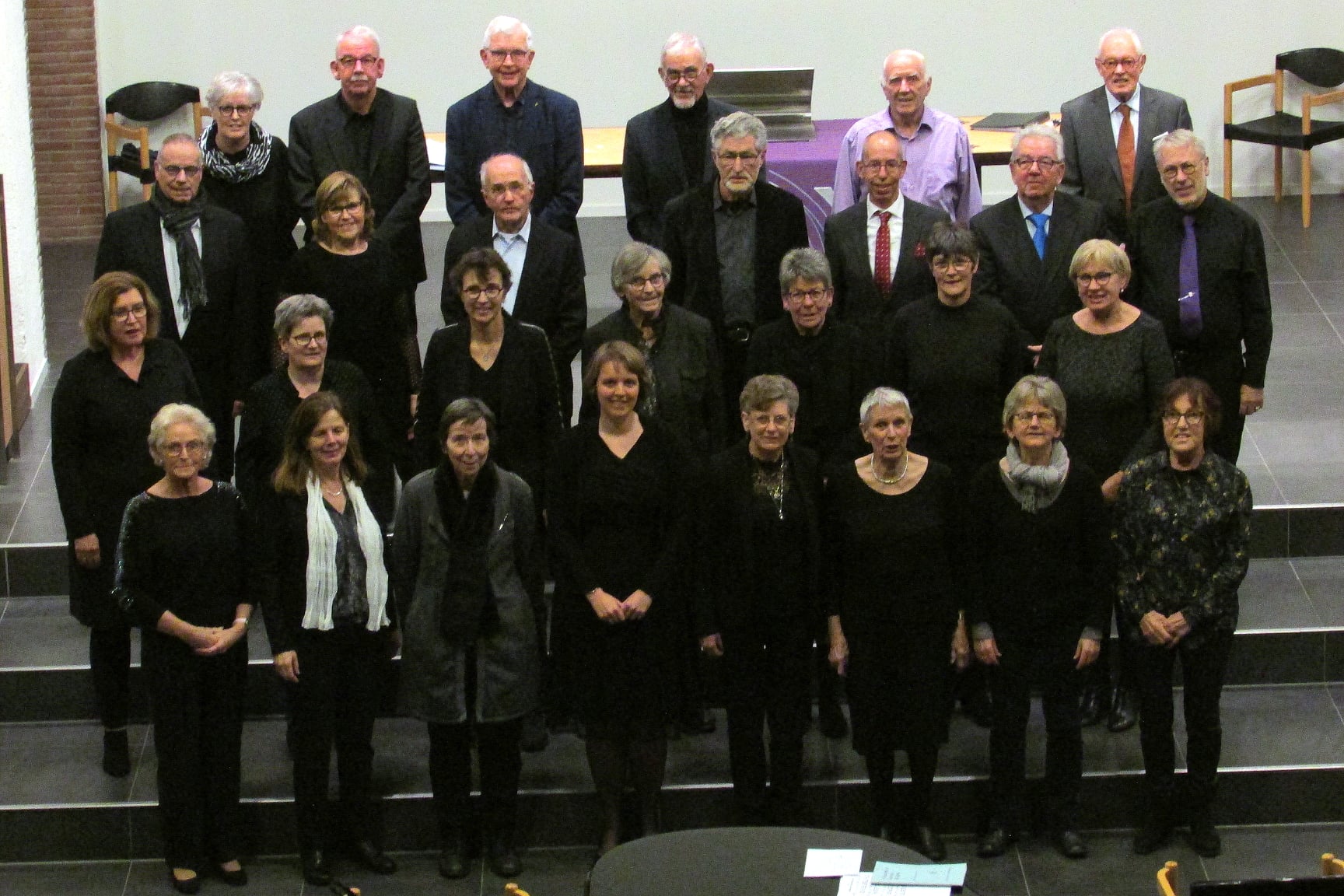 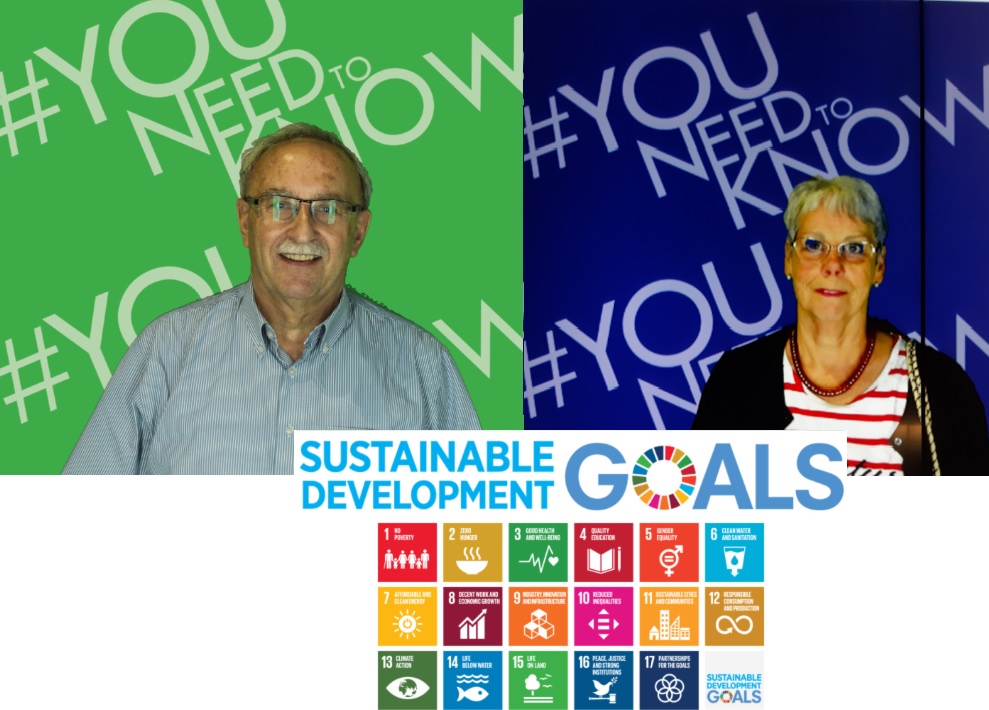 Just like everybody else, you are a world citizen and we are represented for our nation at the United Nations in New York. In September 2015, Prime Minister Mark Rutte promised in the UN meeting to pursue the 17 sustainability objectives..... 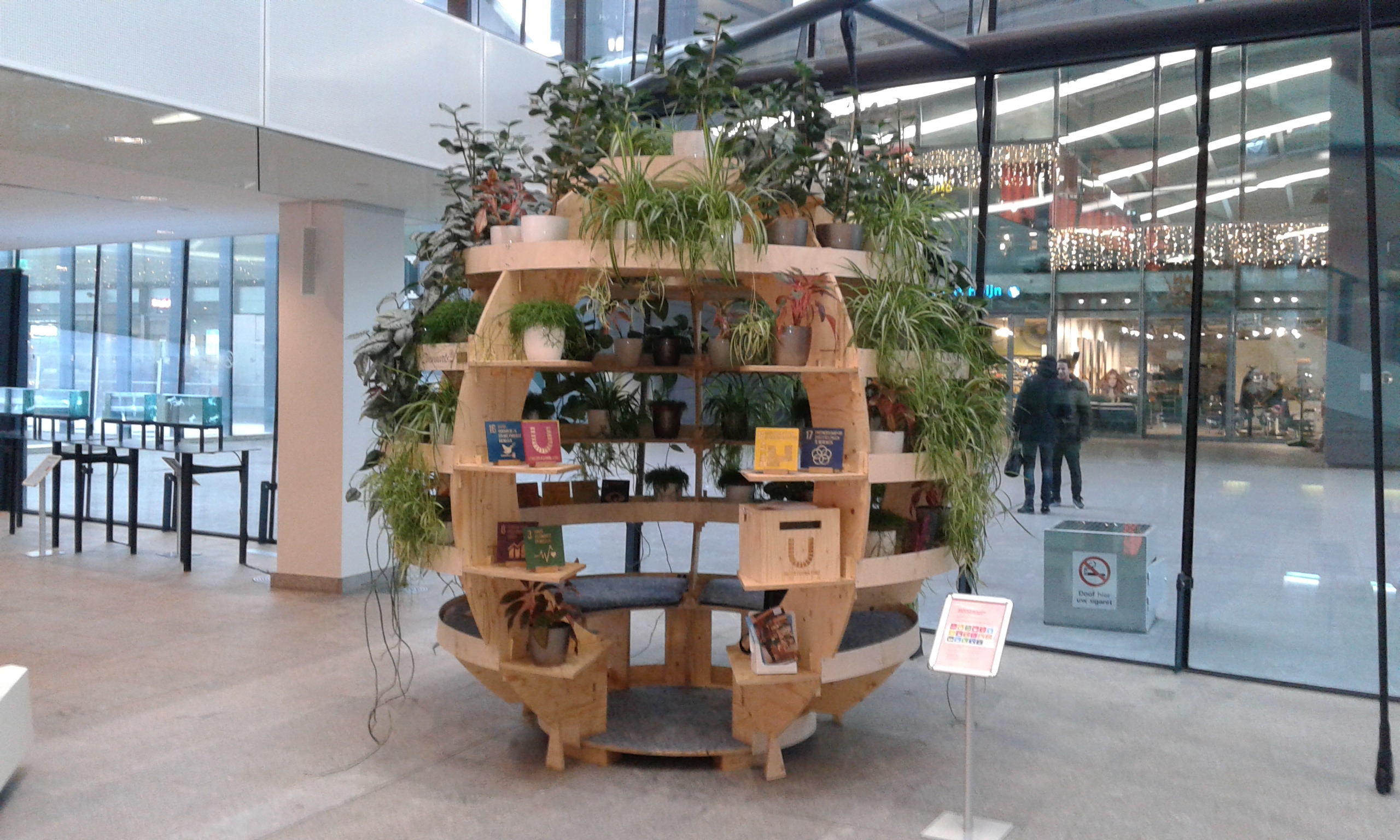 Artwork of the 17 SDGs in the city office of Utrecht next to Central Station.

Just like everybody else, you are a world citizen and we are represented for our nation at the United Nations in New York. In September 2015, Prime Minister Mark Rutte promised in the UN meeting to pursue the 17 sustainability objectives. Like our prime minister, representatives of 193 member states have made the same commitment. In 2030, the goals will be achieved in whole or in part worldwide. The 17 objectives are the 17 Sustainable Development Goals, the 17 SDGs in English. Prior to establishing the 17 aims, all over the world millions of people were involved. The objectives were then approved bottom-up and not top-down by the United Nations.

As we follow the lessons of the ecumenical reading plan of our churches, we notice the books of the prophets. Not every Sunday there is a reading from the 17th, but each book appears multiple times or once in the three-year reading schedule. We are able to connect one or more of the 17 SDGs to any reading from a prophet book. We even discovered that at whatever lessons one takes from the Bible, there are SDGs. It may be daring to note that the 17 SDGs call up texts from books of the bible. During the services in churches and congregations, the texts of the Bible and the songs that are sung serve the 17 SDGs. Worldwide, so we believe. Every Sunday our own experiences give us an opportunity to read and consider Bible texts, with the 17 SDGs presenting themselves. Sometimes even forcing themselves upon us. To us missionary means service, mutual serving the bible and 17 SDGs, community and society; church and world.

Our hope is that we get to know the coherence of the 17 UN SDGs and the 16+ books of the Bible to live and believe from it. Believing in God who wants to be involved in people who do good, who dare to be good people. To this end, the apostles exhort us in their books, in imitation of Lord Jesus. The Bible, as well as the 17 SDGs, disclose for people like us, the reality as it has been, today’s rough and coarse reality, and the working together towards the goals before 2030. For us, it is Ora et Labora, Prayer and Work. Lord Jesus Christ lived in his time with the Bible books of those days, many of which have been included in our translation. Following Jesus, the apostles lived with the same prophets and served each other, their congregations spread throughout the world of that day.

A rough but colourfull SDSS's Bible

It is the Green Bible of the New Bible Translation, marking texts that have sustainability everywhere with a green dash, referring to and marking it. How nice it would be to put together the New Bible or the Bible in Ordinary Language, the BGT of 2014, in one edition with the 17 Sustainable Development Goals! By incorporating the symbols of the SDGs throughout the Bible. We have done this with the smallest book, the prophet Obadiah, in the BGT (click here), or read the text in the booklets below. This gives a lot of colour to this book. Prophet Obadiah, LAMENTATIONS, Chapter Five: A prayer for compassion.

We would like to draw attention to the 17 UN goals and how they correspond to the 17 Scriptural prophets from the Old Testament in the Bible and simultaneously call for a renewed Conciliary Process.

Poverty and hunger are the first two goals, followed by the other 15. In this age of the coronavirus we are becoming all the more familiar with poverty, hunger and all its consequences. In the media attention is paid to the people who live in poverty and who suffer from hunger. The statistics are published to make us aware of the serious situations people are experiencing. At the same time, people and organizations worldwide are mobilizing to address poverty and hunger by providing food, clothing, shelter and (health)care. Even more so in the fields of politics, economics and sociology, we are called upon to fight poverty and hunger. Discussions are held about introducing a Universal Basic Income for everyone. At the same time, prior to Pope Francis’ blessings to the city and the world he called for action to start thinking now about how to cancel (government)debts to the poorest of countries.

Holy Week started with Palm Sunday where we read about Jesus' entry into Jerusalem. The people whom were celebrating and traveled with Him had palm branches in their hands and laid down their cloaks on the road. By doing so, the people showed that they were an unarmed crowd. Unarmed and without battle, Jesus rode into/through Jerusalem up to the temple. This must have been a disarming event.
The armed soldiers and the temple guard could only observe what was happening. Jesus' intention was not a coup, nor social or economic change.
He reminded the people of the callings of the historical prophets who came before Him. Thus, we read about the great and small prophets from scripture, such as Isaiah chapters 50 through 55.
The center/essence of these chapters we read in Isaiah 53: 11b and 12:

Jesus has taken this prophecy of Isaiah on him(self) mentally and physically. Under this yoke He spent His last days until the crucifixion.

In word and deed, Jesus carried out and fulfilled the paradoxical message of the prophets. God loves the world but acts against all evil and injustice that people commit or suffer. The Bible tells us about God's love and his wrath and anger. In this we take notice of the great paradox. On Good Friday, the reading was from the prophet Hosea 6: 1-6, from which we quote verses 1 and 2:

1 “Come, let us return to the LORD.
He has torn us to pieces
but he will heal us;
he has injured us
but he will bind up our wounds.
2 After two days he will revive us;
on the third day he will restore us,
that we may live in his presence.

Joshua Abraham Heschel about the prophets

We experience God's wrath and anger when everything seems to work against us and we find ourselves in poverty and hunger, succumb to suffering and death. Here we refer to Joshua Heschel who, in his book "The Prophets" presents to us in chapter 16, the reality of God's wrath in paradox and correlation with his love. In this scenario, the prophets and apostles are in connection with Jesus while this is also the reality for the Church worldwide. Jesus of Nazareth resisted all temptations of the devil, rulers and popularity up to the cross to become the Christ and subsequently the New Man to be associated with God in the New creation as witnessed by his followers. This eschatological event happened once and for all in the history of our world. For us, this is ultimate sustainability.

During the memorial of the baptism on Holy Saturday, the faithful answer: Yes, we do, to the following 2 of the 4 questions:
Do you want to resist all powers that want to rule over us as gods?
And:
Do you want to throw off every slave yoke and live in the freedom of God's children?

The prophets, following their great predecessors Moses and Elijah, have called upon God for mercy and reconciliation. They did this on the basis of God's lasting love that is greater than his wrath and anger. God's love encompasses creation and all of human life and heals and cures wherever He is called upon. It is the Church of Christ and all believers who call upon Him to speak and act as the prophets and apostles have taught us. The prophets and clergy of all other religions join them alike.
In this way the world renews itself continuously as the sustainable Kingdom of God becomes audible and visible to everyone.

The Church will commit to the 17 SDGs and prophecy to sustain them; to be sustainable. Each of the 17 goals requires critical attention and practical commitment to combat inhuman systems. At times it could lead to suffering and death. An example of someone whom experienced these dire consequences is Dietrich Bonhoeffer, who was executed 75 years ago on April 9, this year on Maundy Thursday, by the Nazi regime. This German theologian had already called for an international synod in 1934 to involve the church as a warning against armaments and impending wars. His call for involvement eventually became a reality in the 1986/88 Conciliair Process. The three essential topics were: Peace, Justice and The Wholeness of Creation.

17 SDG and the Conciliair Process

With today's knowledge and hostile CORONA virus experiences, a new Conciliair Process could well have a chance. The agenda would be: the 17 SDGs within the framework of the three essential topics again; Peace, Justice and The Wholeness of Creation. The past, present and future come together in time and location on the cross that Christ overcame 2020 years ago. To clarify, we imagine that the 16 prophets from the scriptures died in the shadow of the cross of Jesus Christ with the book of Lamentations as a crossbar. We imagine Moses and Elijah were witnesses at the foot of this cross.